From snide asides to their friends and outright ridicule to undermining authority and adherence to a subjective social order, the moms can be cutthroat. All in the name of their children, of course. But don’t let the “mother bear” label fool anyone. They are bullies, plain and simple. As our country has become more aware of the effects of bullying on our kids, we are also becoming more aware of bullying in the workplace and among neighbors. I don’t think, however, that bullying among moms on the volunteer parent groups is on many people’s radar just yet. It should be. 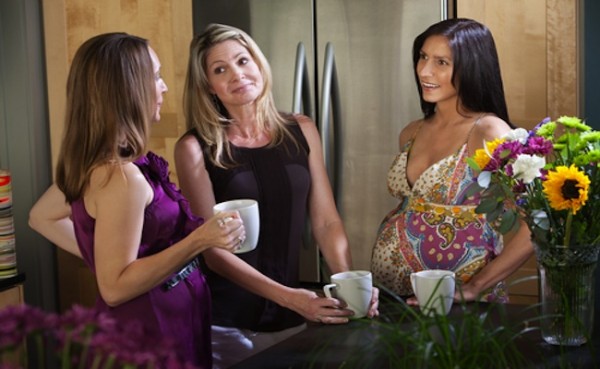 Have you ever watched The Mean Girls? If you have teenage girls, you definitely have!
You know that group of “cool people” in the school that (almost) everyone wanted to be friends with despite their nasty and superficial attitudes? Them.

Growing up since Elementary & High School, you can say I was one of the “cool girls”.
I grew up & hung around all the “right” people, I participated in school functions & activities, I was a scholar, I dated the “hot” guys, had a nice car, and I was always one of the first to be invited & in the know about all the best parties!
Yes, I was a popular girl.
But you want to know what really made me popular and I can honestly say I’m very proud of? I was nice.
I was social with everyone — the “nerds”, the “goths”, the “jocks, the “skaters”, the “loners”… Any and all — I had no problems with anyone.

Now as an adult and a mother, the importance of anti-bullying matters a whole lot more to me than ever before. My daughter is 3 and starting school next September. At already such a young age, when taking her to the playground, I’ve already seen young children exhibiting signs of bullying. It’s awful!
I can’t imagine how I would feel if my daughter fell victim to bullying.

But you know what’s funny? Even as an adult, I’ve seen (this has not happened to me personally), some pretty horrid Bully Moms. Yes, they do exist! Look around your PTA board, neighborhood, church, office, even online on Social Media networks and you will probably know what I’m talking about.

What Makes a Mom a Bully?
There seems to be an assumption that since moms are often the ones working with the kids to combat childhood bullying, they must be immune from the problem. Not at all. We may call it adult cliques, or even put it off to the social structure of the town, but what makes a bully is the same in every place and every age. One website lists bullying as “persistent unwelcome behavior, mostly using unwarranted or invalid criticism, nit-picking, fault-finding, also exclusion, isolation, being singled out and treated differently, being shouted at, humiliated, excessive monitoring, having verbal and written warnings imposed, and much more.” How often has that happened in your community. Heck, in your playgroup?

Think about just any recent issue of any significant discussion in your community. Did any of the following occur?

All that is bullying behavior. In a social/community organization situation, it not only is unhealthy for the persons directly involved, but it impedes the goals of and participation in the organization. Who would want to be a part of the parent group if that is going on?

What are some of the results of such Bullying?
One very big result of this kind of behavior that I see in my community is lack of participation. People just don’t want to get involved when that is going on – then they get called apathetic because of it. (Great cycle!) We are really losing out on some great ideas and great minds by tolerating bullying behaviors from a select few. Our whole community loses. That, however, is just the simple results.

Other results of bullying are just as they are for kids. Those being bullied can experience loss of self-esteem, non-acceptance, fear, anxiety, even depression. We may not see it as readily as we do with kids (moms I know are much more adept at hiding issues than when we were kids), but it’s still there.

As parents, it’s our job to model appropriate behaviors. If we don’t recognize and stand up to bullying, how can we expect our kids to do the same? Accepting bullying of this or any kind reinforces the status quo – and the negative cycle.

What can you do?
First of all, look at yourself in the mirror and ask the honest question, “Do I engage in any of these behaviors?” If the answer is yes, or even maybe, resolve to stop and take whatever steps you need to display respect for those around you. If you need to apologize, do so. I admit that I’ve made some mistakes in this area, and it’s a hard realization.

Then you need to make the decision about whether you want to be the one to speak up. Whether you do or do not is wholly up to you. Some moms feel empowered to affect change in these situations, some don’t. If you do:

No matter your best efforts, you may not be able to solve the problem. This is disappointing, and everyone needs to decide for themselves how much they can give to a particular effort. I think, though, that it’s most important to raise the issue. Your community will benefit in the long run.

3 Comments on Bullying Mommies: They do Exist!