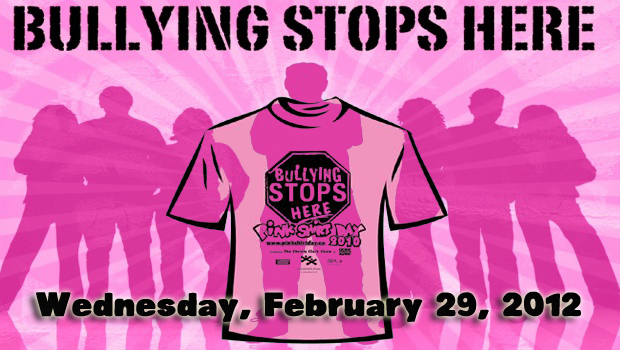 I was a victim of bullying.
When I was 6 years old, I was bullied every day from a very mean boy named Peter Campbell.  I will never forget his name or the affects of his verbal abuse.
He never physically hurt me nor attempted to but he would say some really mean things and make fun of me during sports play.  Hey, so I wasn’t the most athletic little girl, many weren’t, but for some odd reason this Peter Campbell decided he would pick me as his daily punching bag.
Did he like me? Perhaps. I learned this later on when we were older that he did in fact have a little crush on me but that doesn’t mean what he did was OK.  It wasn’t.  I was traumatized by it!
I would cry to my parents after school and avoid him at all costs everyday although that was difficult because he would just look for me and bother me again.

One day, while playing Tetherball (Do you remember this game? The ball on a string attached to a metal pole that you swing against you opponent to try and wind the entire string w/ball around the pole to win?), Peter was challenging me to a game and this time I went for it. And instead of being scared that he would beat me and tease me more about my horrible “tethering” skills, I played with all my might, a little too fast and furious in fact, that I ended up getting him right in the noggin with the volleyball that he fell over and in a matter of seconds let out a cry.
Did I feel bad for him? No.

Okay, I’m not trying to say fight fire with fire, that’s not the moral of my story.  But, the anger and rage and loss of logic from a bullied child, teen, adult, can result in even more dangerous results.
So dangerous that many young children and teens (even adults) have contemplated, attempted and sadly lost their life to suicide due to depression.  Yes, that’s how serious this is people. 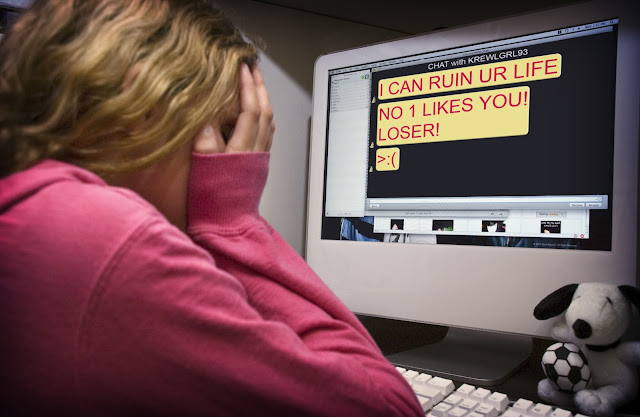 They have much more to bullying now than back in our childhood years.  Now, we have access to the internet which is called Cyber-Bullying.  It’s just as bad and very damaging.
ABC network came out with a movie in September 2011 called Cyberbully which follows a teenage girl that falls victim to online bullying, and the costs it takes on her as well as her family and friends.

Nip bullying in the butt before it even gets worse.
I was lucky to have had involved parents that went straight to the school and the bully’s parents which resulted in a serious verbal warning and change in class.  He was told to keep his distance from me on school grounds.
This helped stopped the bullying and I went on to excel and thrive in school, making lots of friends and even eventually became civil with Peter in the later school years.

This is not just a problem with our children either.  This is also an issue in the workplace or even amongst other adults, especially between moms.  Check out my post on Bullying Moms. They do exist and they can be relentless, blood-sucking behemoths in Lululemons.

Today, February 29th 2012, Canada takes a stand against bullying by wearing Pink for Pink Shirt Day.
You can learn more about Pink Shirt Day here.  This is a great site to bookmark for you and your children.

Unfortunately most times, children will not tell their parents that they are being bullied.

Possible warning signs that a child is being bullied include:

What to do if you suspect that your child is being bullied?
If your child shows any of these signs, this does not necessarily mean that he or she is being bullied, but it is a possibility worth exploring. What should you do? Talk with your child and talk with staff at school to learn more.

1. Talk with your child.
Tell your child that you are concerned and that you’d like to help. Here are some questions that can get the discussion going:

2. Talk with staff at your child’s school.
Call or set up an appointment to talk with your child’s teacher. He or she will probably be in the best position to understand the relationships between your child and other peers at school. Share your concerns about your child and ask the teacher such questions as:

“How does my child get along with other students in his or her class?”
“With whom does he or she spend free time?”
“Have you noticed or have you ever suspected that my child is bullied by other students?” Give examples of some ways that children can be bullied to be sure that the teacher is not focusing only on one kind of bullying (such as physical bullying).

Ask the teacher to talk with other adults who interact with your child at school (such as the music teacher, physical education teacher, or bus driver) to see whether they have observed students bullying your child.

If you obtain information from your child or from staff at your child’s school that leads you to believe that he or she is being bullied, take quick action. Bullying can have serious effects on children.

If, after talking with your child and staff at his or her school, you don’t suspect that your child is being bullied, stay vigilant to other possible problems that your child may be having. Some of the warning signs above (e.g., depression, social isolation, and loss of interest in school) may be signs of other serious problems. Share your concerns with a counselor at your child’s school.


Let’s look out for one another, shall we?
Let’s take a stand against bullying!  For our children, grandchildren, family, friends, colleagues — For the future and well-being of our world.

References
Olweus, D. (1993). Bullying at school: What we know and what we can do. NY: Blackwell.
Olweus, D., Limber, S., & Mihalic, S. (1999). The Bullying Prevention Program: Blueprints for violence prevention. Boulder, CO: Center for the Study and Prevention of Violence.